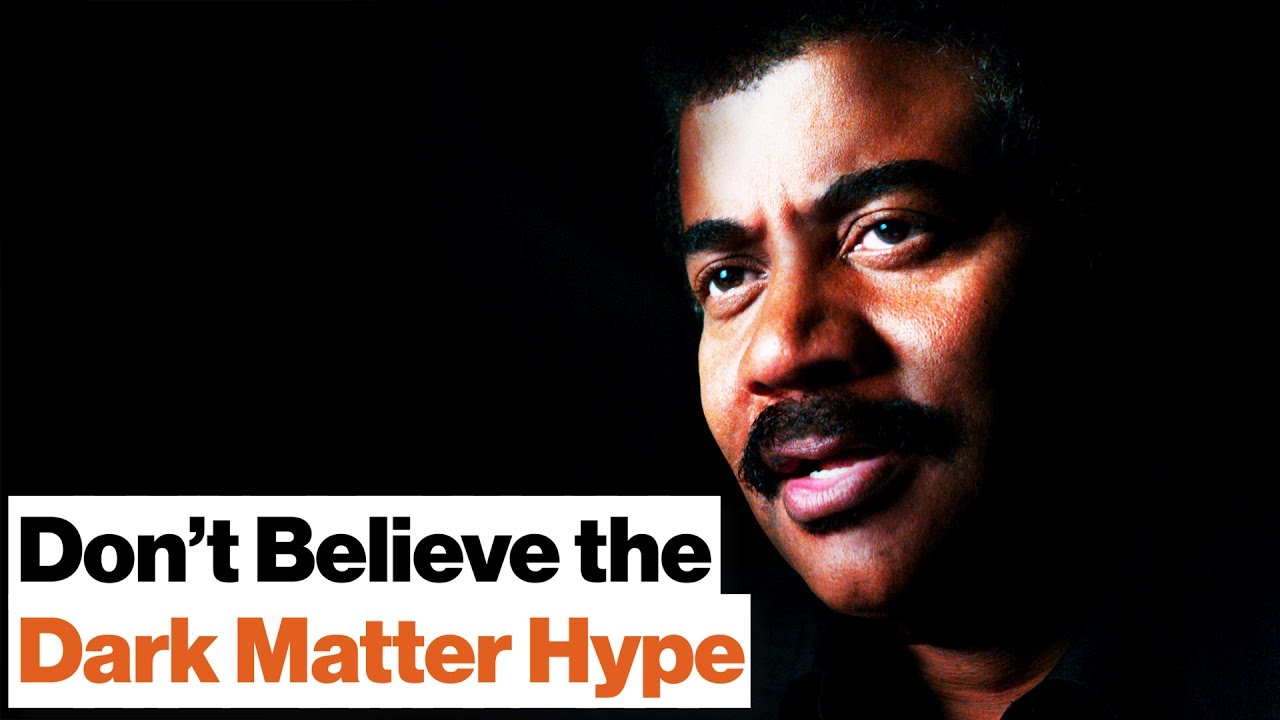 TED & Talks
Share on Facebook
Share on Twitter
Share on Pinterest
Share on LinkedIn
Dark Matter, Dark Gravity, Ghost Particles, & the Essence of All Objects
Watch the newest video from Big Think: https://bigth.ink/NewVideo
Join Big Think Edge for exclusive videos: https://bigth.ink/Edge
———————————————————————————-
There’s something fundamental we all need to understand about dark matter—it may not actually be matter at all. Neil deGrasse Tyson has a bone to pick with this misnomer that is distracting physicists and the public from the real discoveries to be made. Scientists know very little about “dark matter”, and in fact it can only be observed indirectly by its effect on other objects. Tyson has a few suggestions for its re-naming: how about “Fred”, he jokes, which is a name devoid of any implied meaning—suitable for our current level of knowledge. But if you want it to sound sexy and be accurate, then the way to go is dark gravity, according to Tyson. Why? Because when you add up everything in the universe—the stars, moons, gas clouds, black holes, everything—85% of gravity is unaccounted for. That is so-called “dark matter”. What makes it so interesting isn’t the wild-goose-chase question of whether or not it exists, but why it doesn’t interact with ordinary, known matter? On the way to explaining that dark matter “doesn’t give a rats ass about us,” Tyson explores ghost particles, the essence of objects, and why we haven’t found any dark matter planets. Tyson’s new book is Astrophysics for People in a Hurry.
———————————————————————————-
NEIL DEGRASSE TYSON:

Neil deGrasse Tyson was born and raised in New York City where he was educated in the public schools clear through his graduation from the Bronx High School of Science. Tyson went on to earn his BA in Physics from Harvard and his PhD in Astrophysics from Columbia. He is the first occupant of the Frederick P. Rose Directorship of the Hayden Planetarium. His professional research interests are broad, but include star formation, exploding stars, dwarf galaxies, and the structure of our Milky Way. Tyson obtains his data from the Hubble Space Telescope, as well as from telescopes in California, New Mexico, Arizona, and in the Andes Mountains of Chile.Tyson is the recipient of nine honorary doctorates and the NASA Distinguished Public Service Medal. His contributions to the public appreciation of the cosmos have been recognized by the International Astronomical Union in their official naming of asteroid “13123 Tyson”.

Neil deGrasse Tyson: The question isn’t about whether dark matter exists or not. What’s going on is, when we measure gravity in the universe—the collective gravity of the stars, the planets, the moons, the gas clouds, the black holes, whole galaxies—when we do this, 85 percent has no known origin. So it’s not a matter of whether dark matter exists or not, it’s a measurement—period.

Now, “dark matter” is not even what we should be calling it because that implies that it is matter; it implies we know something about it that we actually don’t. So a more precise labeling for it would be “dark gravity.”

Now, if I called it dark gravity, are you going to say: “Does dark gravity really exist?” I’d say yeah, because 85 percent of the gravity has no known origin. There it is. Let’s figure out what’s causing it.

The fact that the word “matter” got into that word is forcing people to say, “Well I have another idea, I bet it’s not matter, it could be something else!”

We’re overreacting to a label that overstates our actual insights or knowledge into what it is we’re describing. Then I just joke we should just call it Fred. Fred or Wilma, something where there is no reference to what we think it is because in fact we have no idea.

So here’s how you actually measure the stuff. In a galaxy, which is the smallest aggregation of matter where dark matter manifests, you look how fast it’s rotating and we know from laws of gravity first laid down by Johannes Kepler and then enhanced and given further detail and deeper understanding by Isaac Newton, you write down these equations and say, look how fast it’s rotating, you invoke that rotation rate in the equation and out the other side says how much gravity, how much mass should be there attracting you. And the more mass that’s there the faster we expect you to be orbiting. That kind of makes sense. So when you do this calculation on a galactic scale, we get vastly more mass attracting you than we actually can detect.

I’m adding up stars, gas clouds, moon, planets, black holes—add it all up. It’s a fraction of what we know is attracting you in this orbit, and we cannot detect the rest and so we hand it this title dark…

Read the full transcript at https://bigthink.com/videos/neil-degrasse-tyson-dark-matter-is-a-misnomer