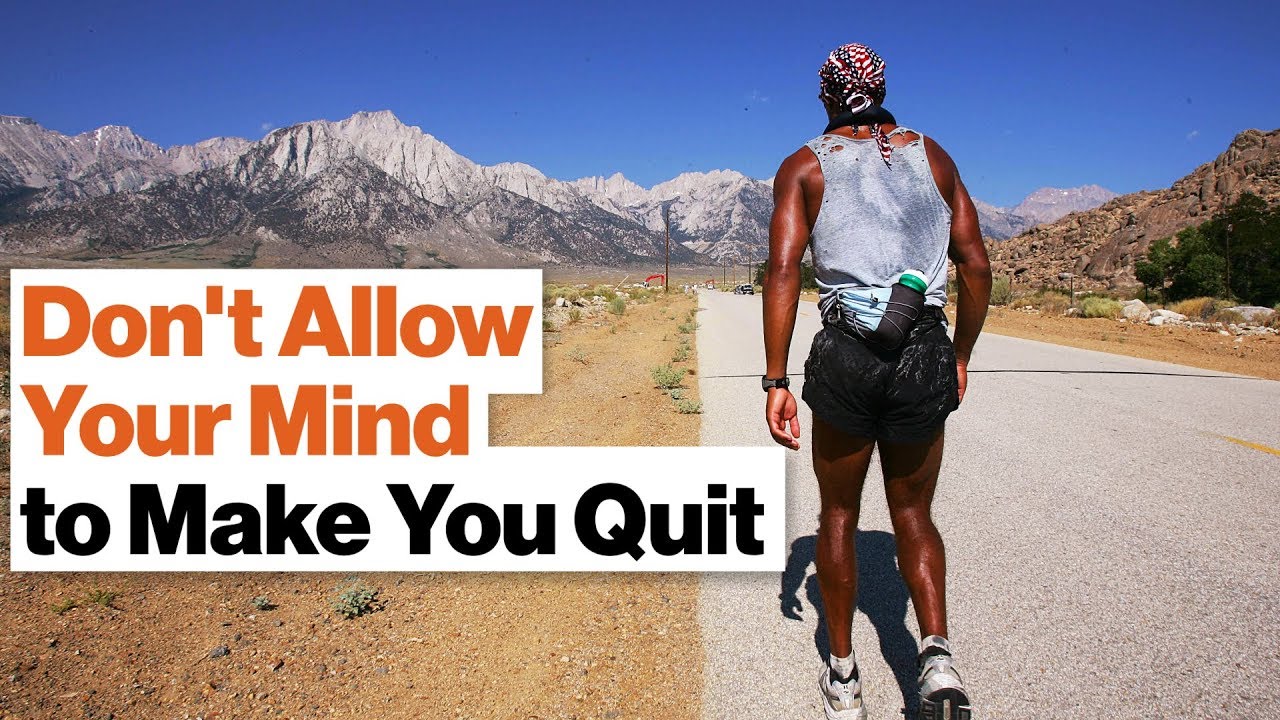 TED & Talks
Share on Facebook
Share on Twitter
Share on Pinterest
Share on LinkedIn
Strengthen Your Mind Like a Navy SEAL
New videos DAILY: https://bigth.ink
Join Big Think Edge for exclusive video lessons from top thinkers and doers: https://bigth.ink/Edge
———————————————————————————-
What could almost destroy the body and mind of the only person to complete Navy SEAL training (including two Heck Weeks), Air Force tactical air controller training, and U.S. Army Ranger School? David Goggins is tough, but in an effort to raise money for the Lone Survivor Foundation, he took on a challenge that tested him more than any of his military experiences: the Badwater 135. This is an ultra-marathon event that requires participants to run 135 miles in 24 hours in the peak heat of De*th Valley. Goggins wasn’t a runner at the time; he was a bulky power lifter, and he only had four days to prepare for the qualifying race. He needed to run 100 miles in under 24 hours. So how did he do? Here, he tells the story and in doing so shares a lesson on human potential, mental toughness, and why you won’t grow as a person if you always choose the path of least resistance. You can follow David on Twitter and Instagram @davidgoggins and Facebook.
———————————————————————————-
DAVID GOGGINS:

David Goggins is the only member of the U.S. Armed Forces to complete SEAL training, Air Force tactical air controller training, and the U.S. Army Ranger School, where he graduated as ‘Enlisted Honor Man’. Seeking an even greater challenge, Goggins set about conquering the hardest sporting events known to man. Today he is considered to be one of the greatest endurance athletes in the world.
———————————————————————————-
TRANSCRIPT:

David Goggins: I’m a big believer in doing things that make you uncomfortable. So, we live in a world where we want to be as comfortable as we can. And we wonder why we have no growth. We wonder why—when the smallest thing in our life gets difficult—we wonder why we cower and we run away.

One thing I faced was running. I absolutely hated running. But I knew for me to grow I had to do this thing every single day. I wanted to start callus-ing my mind. I wanted to start becoming a better person. And how do you become a better person? How do you gain mental toughness? How do you become the person you want to be? It’s by constantly facing the things that you don’t want to face. If you constantly run away from things that you don’t want to face, how is there growth? How is there mental toughness? I can give you a class all day long about self-talk, visualization, “eat an elephant one bite at a time”, but if you’re never putting yourself in a situation to actually practice these things you’re never going to grow.

We’re all going through a battle in our mind. A warrior is not a person that carries a g*n. The biggest war you ever go through is right between your own ears. It’s in your mind. We’re all going through a war in our mind and we have to callus our mind to fight that war and to win that war. So one example I can give you about callus-ing your mind, about doing things that make you uncomfortable. There’s a book out there called ‘Lone Survivor’ and there’s a guy named Marcus Luttrell. He was on an operation where a bunch of guys died, and I knew all the guys that died. And I know Marcus Luttrell very well. This story touched my heart. And I basically went out there and found a foundation to raise money for it. It’s called the Special Operations Warrior Foundation. You give 100 percent tuition for—let’s say your dad died in the war. He was a special operator. If that guy had a kid, you get 100 percent tuition to go to college. A great foundation, great people working at the foundation. “I’m going to do this.” So I Googled the ten hardest races in the world. And at this time of my life I was not a runner. I maybe ran ten miles the whole year. I was into bodybuilding, I was into weight training, and that’s what I did.

So I Googled the ten hardest race…

For the full transcript, check out https://bigthink.com/videos/david-goggins-how-to-strengthen-your-mind-like-a-navy-seal