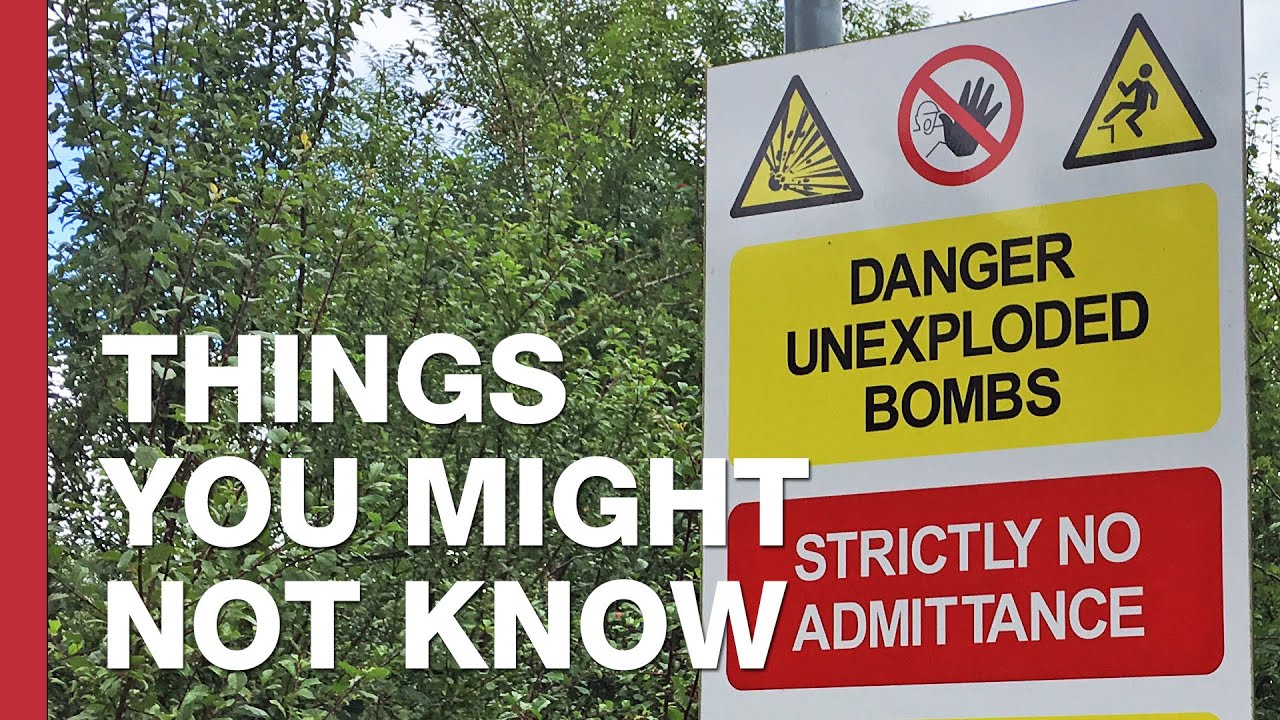 DOCUMENTS AND PHOTOS:
All historical photos and documents shown are from the National Archives, references AIR 17/9-14, HO 186/2772-2773, and are Crown Copyright released under the Open Government License: http://www.nationalarchives.gov.uk/doc/open-government-licence/version/3/

NUCLEAR TEST VIDEO:
Operation Cue (1955), by the US Federal Civil Defense Administration, is in the public domain and available at https://archive.org/details/Operatio1955

AERIAL FOOTAGE:
Specially filmed by a team from Coptercam: you can see their behind-the-scenes vlog at https://www.youtube.com/watch?v=l9uAekAsKRY !

NOTES:
“Brass chisels can cause sparks” is a summary of the inquest’s findings. For those in the comments, here’s the full version: “in all probability the work of chipping out the C.E. [composition explosive] Exploder from a 1,000 lb M.C. bomb, using a brass chisel, was the cause of the explosion. It is known that C.E. will explode easily if struck between brass and steel surfaces”. In this context, ‘brass chisels can cause sparks’ does make sense!

The inquest looked at all the available evidence and judged that to be by far the most likely explanation (and the only one that made sense given all the facts).

And if you’ve read this far, I’d like to add a quick note: I love it when I get to actually research things for a video. For the first time, I went to the British National Archives, and got to handle original documents from the 1940s. It felt like quite a privilege to be able to read the first person accounts, and to look at photographs and documents that have been sealed away for years.

50 More Facts About the 50 States – mental_floss on YouTube (Ep.44)
Ancient Genetics that Occur Today: Atavisms Revealed
Ha-Joon Chang on Economics
50 AMAZING Facts to Blow Your Mind! #133
A Change to Togetherness: How to Make Change Through Adversity | Nick Watson | TEDxOudMetha