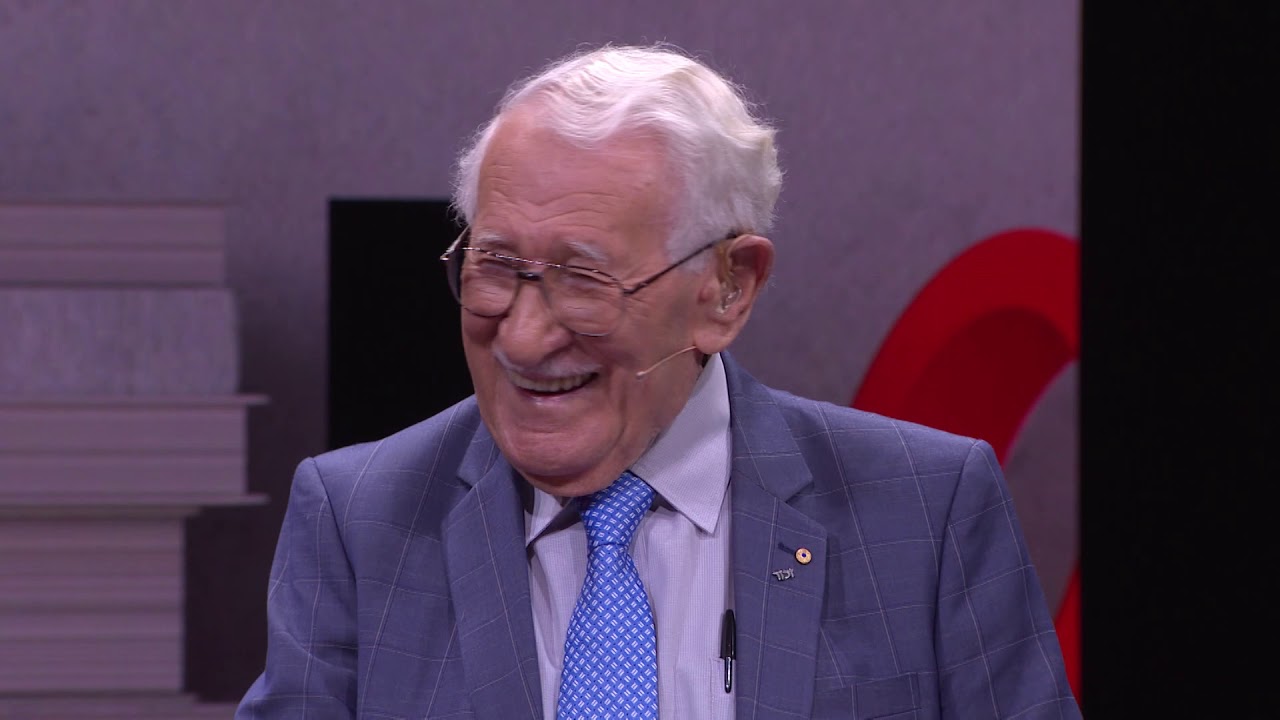 TED & Talks
Share on Facebook
Share on Twitter
Share on Pinterest
Share on LinkedIn
In this beautiful and moving talk, the self proclaimed “happiest man on earth”, Eddie Jaku shares his story of love and survival at TEDxSydney 2019. Eddie Jaku was a Jew living in Germany at the outbreak and throughout the duration of World War II. His story of survival spans 12 years, from Hitler’s rise to power in 1933 until liberation in 1945. He saw death every day throughout WWII, and because he survived, he made a vow to himself to smile every day.
Eddie Jaku OAM, born Abraham Jakubowicz in Germany in 1920.

His family considered themselves German, first, Jewish second. On 9 November 1938, the night immortalised as Kristallnacht, Eddie returned home from boarding school to an empty house. At dawn Nazi soldiers burst in, Eddie was beaten and taken to Buchenwald.

Eddie was released and with his father escaped to Belgium and then France, but was again captured and sent to a camp, and thereafter to Auschwitz. On route, Eddie managed to escape back to Belgium where he lived in hiding with his parents and sister.

In October 1943, Eddie’s family were arrested and again sent to Auschwitz where his parents were both murdered. In 1945, Eddie was sent on a ‘death march’ but once again escaped and hid in a forest eating slugs and snails until June 1945 he was finally rescued by.

Eddie has volunteered at the Sydney Jewish Museum since it’s inception in 1992. Self-proclaimed as ‘the happiest man on earth’, he saw death every day throughout WWII, and because he managed to survive, made a vow to himself to smile every day.

Edie has been married to Flore for 73 years, they have two sons, grandchildren and great grandchildren. This talk was given at a TEDx event using the TED conference format but independently organized by a local community. Learn more at https://www.ted.com/tedx

27 Fun Facts About Fun – mental_floss on YouTube (Ep.53)
British Nuclear War from Beyond the Grave: The Letter of Last Resort
Universal basic income: The plan to give $12,000 to every American adult | Andrew Yang | Big Think
Could the Higgs Boson Lead Us to Dark Matter?
Where are you from and how has it shaped you? | Big Think