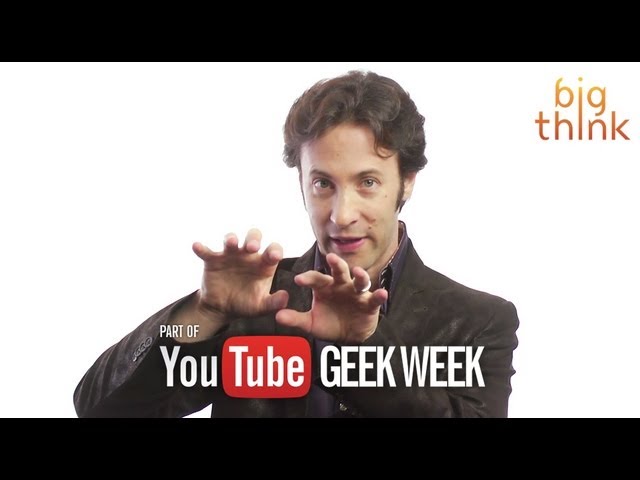 David Eagleman is a neuroscientist and a New York Times bestselling author. He directs the Laboratory for Perception and Action at the Baylor College of Medicine, where he also directs the Initiative on Neuroscience and Law. He is best known for his work on time perception, brain plasticity, synesthesia, and neurolaw.

He is the writer and presenter of the PBS epic series, The Brain with David Eagleman, and the author of the companion book, The Brain: The Story of You.

Beyond his 100+ academic publications, he has published many popular books. His bestselling book Incognito: The Secret Lives of the Brain, explores the neuroscience “under the hood” of the conscious mind: all the aspects of neural function to which we have no awareness or access. His work of fiction, SUM, is an international bestseller published in 28 languages and turned into two operas. Why the Net Matters examines what the advent of the internet means on the timescale of civilizations. The award-winning Wednesday is Indigo Blue explores the neurological condition of synesthesia, in which the senses are blended.

Eagleman is a TED speaker, a Guggenheim Fellow, a winner of the McGovern Award for Excellence in Biomedical Communication, a Next Generation Texas Fellow, Vice-Chair on the World Economic Forum’s Global Agenda Council on Neuroscience & Behaviour, a research fellow in the Institute for Ethics and Emerging Technologies, Chief Scientific Advisor for the Mind Science Foundation, and a board member of The Long Now Foundation. He has served as an academic editor for several scientific journals. He was named Science Educator of the Year by the Society for Neuroscience, and was featured as one of the Brightest Idea Guys by Italy’s Style magazine. He is founder of the company BrainCheck and the cofounder of the company NeoSensory. He was the scientific advisor for the television drama Perception, and has been profiled on the Colbert Report, NOVA Science Now, the New Yorker, CNN’s Next List, and many other venues. He appears regularly on radio and television to discuss literature and science.
———————————————————————————-
TRANSCRIPT:

David Eagleman: So this is an area of interest to me and my lab’s been studying this for a while, is why time is rubbery and can speed up or slow down. And it turns out, when I looked into the literature on this, the experiment had never been done about why time seems to move in slow motion when you’re in a life threatening situation. But I talked to so many people and I’d experienced it myself that I wanted to study that. So I found a way to study it by dropping people from 150 foot tall tower and measuring their time perception on the way down. And that, plus several other experiments we did in my lab, led me to understand that people don’t actually see time in slow motion during an event. Instead, it’s a completely retrospective assessment.

In other words, when you’re in a life threatening situation, your brain writes down memory much more densely, and then retrospectively, when you look at that, you have so many details that you don’t normally have that it seems as though it must have lasted a very long time.

That’s the only interpretation your brain can make. So time, your assessment of how long something took, has a lot to do with how much energy your brain has to burn during the event and how much footage you have of the event.

Universal basic income: The plan to give $12,000 to every American adult | Andrew Yang | Big Think
How to Master Archery — Be More Interesting (Pt. 6 of 8)
Amazing Animal Defenses — FAK #23
30 Post-Fame Careers of Celebrities and Athletes – mental_floss List Show Ep. 408
Why artists get a natural shot of dopamine on stage | Christiani Wetter, Karin Ospelt | TEDxVaduz