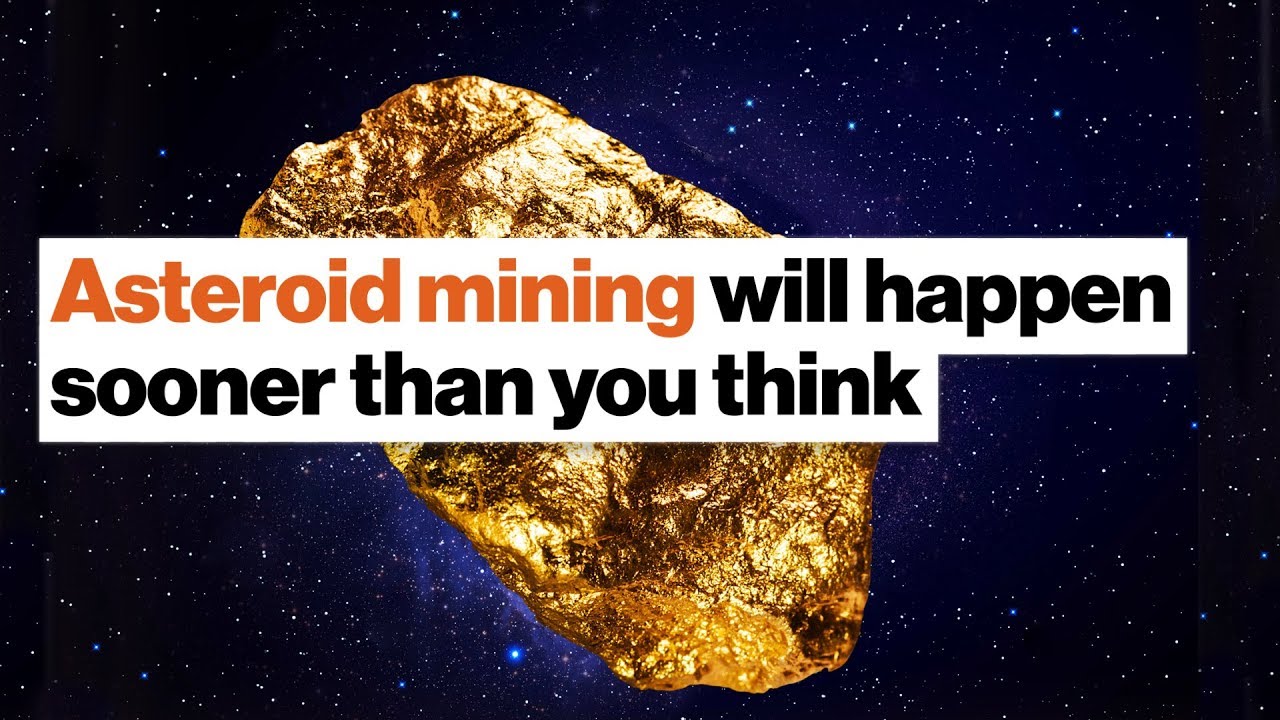 Join Big Think Edge for exclusive video lessons from top thinkers and doers: https://bigth.ink/Edge
———————————————————————————-
Good news! We’re on the precipice of the next great gold rush… but it won’t be in the hills of California. Or anywhere on this planet. It’ll be in outer space, as there are untapped rare materials in asteroids that could be used for future technologies. That’s right: there’s gold in them thar skies! Theoretical physicist and one of our favorite Big Thinkers, Dr. Michio Kaku, explains to us that while China might have a stranglehold on the rare minerals and metals on our planet, there’s no stopping interplanetary mining. We’ve even got an actual plan with actual economics already in place… we just have to wait until NASA’s SLS rocket technology fully develops. Michio Kaku’s latest book is the awesome The Future of Humanity: Terraforming Mars, Interstellar Travel, Immortality, and Our Destiny Beyond Earth .
———————————————————————————-
MICHIO KAKU:

Dr. Michio Kaku is the co-founder of string field theory, and is one of the most widely recognized scientists in the world today. He has written 4 New York Times Best Sellers, is the science correspondent for CBS This Morning and has hosted numerous science specials for BBC-TV, the Discovery/Science Channel. His radio show broadcasts to 100 radio stations every week. Dr. Kaku holds the Henry Semat Chair and Professorship in theoretical physics at the City College of New York (CUNY), where he has taught for over 25 years. He has also been a visiting professor at the Institute for Advanced Study at Princeton, as well as New York University (NYU).
———————————————————————————-
TRANSCRIPT:

Michio Kaku: When I was researching my book The Future of Humanity I came across a comment made by Thomas Jefferson. Thomas Jefferson made the biggest gamble of his life buying the Louisiana Purchase from Napoleon. Napoleon was fighting the British he needed hard cash immediately. He had Louisiana and that whole middle portion of the United States and so Napoleon sold it to Thomas Jefferson for a song. But Thomas Jefferson thought how long would it take to investigate what he had just purchased? He had doubled the size of the USA. Think about that. And he probably violated the Constitution in the process. Everyone forgets that. Everyone glosses over that fact, but hey when Louis and Clark went into the territories that comprised the Louisiana Purchase they found tremendous prospects for wealth and prosperity, but Thomas Jefferson wrote that it may take a thousand years, a thousand years before they could then begin to settle the west.

Well, how long did it take? A few decades. Because what happened? Gold. Gold was discovered in California sparking the gold rush and within just a few years millions of prospectors, settlers, fortune hunters converged on California. It didn’t take a thousand years to develop that. Then the question now is, is there going to be a new gold rush in outer space? Some people think so. Some Google billionaires have created an organization, a company, Planetary Resources, that are looking into prospecting in the asteroid belt. Now, asteroids come in all shapes and sizes and we’re cataloging them now and we have already found some perspective asteroids that could be mined. One asteroid perhaps maybe 30/50 feet across brought back down either to the moon or to the planet earth could, in fact, yield billions of dollars in rewards because of the rare earths and the platinum type medals that you find inside. You see, the electronics industry is dependent upon rare earths. Where are these rare earth elements found it? Mainly in China. They’re everywhere, of course, but China has the most developed market and the Chinese in turn supply on the order of 90 percent of the rare earths.

Well, a few years ago they decided to capitalize that and raise the price. All of a sudden shockwaves, shockwaves spread around the earth because people realized that oh my God China has a stranglehold, a stranglehold on high technology. How can you build the next iPhone if you don’t have the rare earths to make the transistors and to make the delicate components of these high tech devices? So I think what’s happening here is that some people see an area for profit and that is asteroid mining. Now of course, the infrastructure for that doesn’t exist, but NASA has looked at its budget and does have a program that has been shelved temporarily to redirect an asteroid. The Asteroid Redirect Program is to send the SL ass booster rocket into outer space with the…

For the full transcript, check out https://bigthink.com/videos/michio-kaku-asteroid-mining-will-happen-sooner-than-you-think

How to Master Archery — Be More Interesting (Pt. 6 of 8)
How Do Curveballs Change Direction in Midair?
How to make stress your friend | Kelly McGonigal
Why artists get a natural shot of dopamine on stage | Christiani Wetter, Karin Ospelt | TEDxVaduz
How did quietness become a sign of quality? [Advertiser content from 3M]