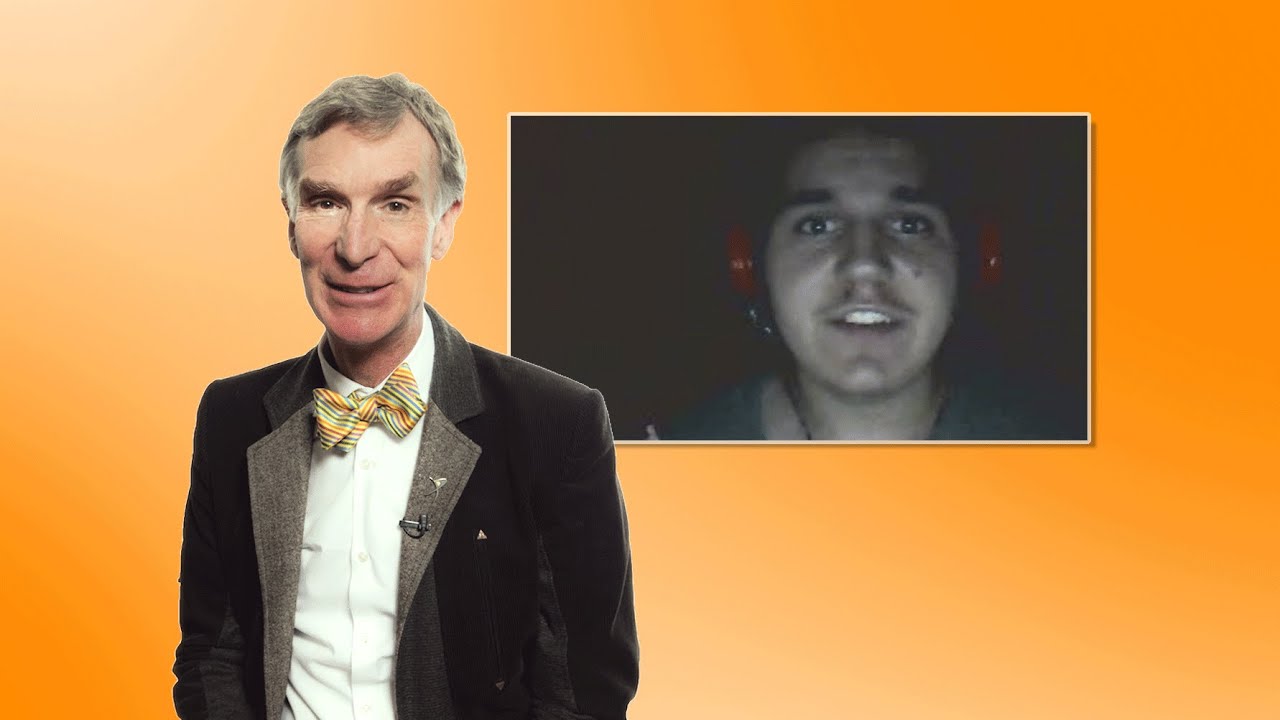 Watch the newest video from Big Think: https://bigth.ink/NewVideo
Join Big Think Edge for exclusive videos: https://bigth.ink/Edge
———————————————————————————-
Given all the animals that have gone extinct during Earth’s 4.5 billion year history, Bill Nye would venture back to the 1700s to revive a lovable lost sea animal then living off the coast of Alaska.If science fiction and the modern cinema have taught us one lesson, it is to never, ever bring carnivorous, land-based dinosaurs back to life. Perhaps that is part of Bill Nye’s motivation to choose a cuddlier, less life-threatening species to attempt to reanimate.

Steller’s sea cow is not an obvious choice for anyone looking to relive the majesty of bygone animal epochs, but then you would hope a career science educator like Bill Nye would bring just such an unfamiliar animal back into the public imagination.

This species of manatee, studied and documented exclusively by Georg Steller, was the Big Friendly Giant of the ocean. Growing to a length of 10 meters and weighing between 5 and 10 tons, it lacked any teeth at all, instead depending on a padded mouth to chew kelp.

Sadly, it took human explores only 27 years to drive the Steller sea cow into extinction, according to the BBC. First discovered by Captain Vitus Bering of the Russian Navy in 1741, the last remaining sea cow was reportedly killed in 1768. One report of the time said that one sea cow could feed a crew of 33 men for a month, making the meat an incredibly rich source of food.

Here Bill Nye discusses potential technology that, by analyzing the DNA inside Steller sea cow bones, could provide enough genetic information to reintroduce the species into the wild. Because some species of manatee still live in the wild, scientists would not need to go full Jurassic Park. They could potentially supplement missing genetic material from actual manatees, not frogs.

Bill Nye, scientist, engineer, comedian, author, and inventor, is a man with a mission: to help foster a scientifically literate society, to help people everywhere understand and appreciate the science that makes our world work. Making science entertaining and accessible is something Bill has been doing most of his life. In Seattle Nye began to combine his love of science with his flair for comedy, when he won the Steve Martin look-alike contest and developed dual careers as an engineer by day and a stand-up comic by night. Nye then quit his day engineering day job and made the transition to a night job as a comedy writer and performer on Seattle’s home-grown ensemble comedy show “Almost Live.” This is where “Bill Nye the Science Guy®” was born. The show appeared before Saturday Night Live and later on Comedy Central, originating at KING-TV, Seattle’s NBC affiliate. While working on the Science Guy show, Nye won seven national Emmy Awards for writing, performing, and producing. The show won 18 Emmys in five years. In between creating the shows, he wrote five children’s books about science, including his latest title, “Bill Nye’s Great Big Book of Tiny Germs.” Nye is the host of three currently-running television series. “The 100 Greatest Discoveries” airs on the Science Channel. “The Eyes of Nye” airs on PBS stations across the country. Bill’s latest project is hosting a show on Planet Green called “Stuff Happens.” It’s about environmentally responsible choices that consumers can make as they go about their day and their shopping. Also, you’ll see Nye in his good-natured rivalry with his neighbor Ed Begley. They compete to see who can save the most energy and produce the smallest carbon footprint. Nye has 4,000 watts of solar power and a solar-boosted hot water system. There’s also the low water use garden and underground watering system. It’s fun for him; he’s an engineer with an energy conservation hobby. Nye is currently the Executive Director of The Planetary Society, the world’s largest space interest organization.
———————————————————————————-
TRANSCRIPT:

Christian: Hello Mr. Nye. My question is that even though it would never happen if you could go back in time to observe any prehistoric animal or animals which would it be? For me it would be the giant arthropods of the carboniferous.

Bill Nye: Well Christian, this is a fabulous hypothetical question but let’s say we didn’t go prehistoric. Let’s say we went historic. The animal that I would like to see is the Steller’s sea cow. .

Read the full transcript at https://bigthink.com/videos/bill-nye-on-extinct-animal-resurrection